In the intellectual circles, as they are called or the academia there has begun a movement in queer studies. So much so that the movement has now become part of our culture and as Raymond Williams famously said, ‘culture is ordinary’, hence the movement should be ordinary too. The cultural movement is to reclaim the derogatory terms referring to homosexuality, to denounce the essentialist ideas of fixed gender identity.

Gender is fluid. Judith Butler in her book Bodies that matter more than proves the fluidity of sexual identity and performativity of gender identity. Why the hokum of illogical prejudice and why to hold on to self-benefitting biases of the patriarchal systems?

If life is a celebration, then expand the party, if it is a crossover then make it a peaceful journey, and if it is a tragedy, then well, why to begrudge the collective Hamartia (Greek term for error of judgement). When it comes to the state of the world, the biggest Hamartia that exists and is prolonged is that of unacceptance. Of hate, of systemic intolerance, of capitalistic principles promoting heteronormativity and structures that support the discrimination of persons with LGBTQIA+ identity. ‘Life is simple but we insist on making it complicated’, said Confucius, the legendary philosopher of our civilization. So, let’s make the matters simple. All life is a feeling of solidarity. MasterG has its essence in thriving in solidarity. Solidarity is to stand hand-in-hand, in celebration of acceptance, in honour of identity and in respect for the force of love. It is making a safe space for each unique individual, to provide them with encouragement, to fill them with spirit and confidence to achieve anything and everything.

There is a theory in place which suggests that if you or the culture or the language you’re born in does not have a term for a phenomenon, it ceases to exist. Stemming from theories that state language makes up our reality rather than vice versa, this theory is fatal to the current context that only accepts heteronormative identities. The lack of utterances, the incessant censoring of the vocabulary, of queer language, of language of identity wins at diffusing the individual and the collective lifeforce. It makes the advancement and prevalence made in regard to the terms concerning LGBTQIA+ identities just that, an advancement. And like most of the advancements, it is disregarded as a negative influence of the ‘deviant’ or as  wrongly termed ‘hippie’ culture. What the prejudiced does not understand is what is swadeshi, pardesi, conventional and unordinary in one’s perception of oneself or one’s sexual identity.

And if we stand by the structuralist theory of language making up the reality, we’re good with that too. This IS the new reality, and it comes along with all these new terms that give people love, life and freedom. We need to come up with a term each minute that will make the life of millions easier by the second. Terms that screech acceptance, terms that shout freedom, terms that announce peace and terms that with a lullaby shuts down hate and intolerance, with utmost empathy.

It all makes sense now. What we learnt in theory was never brought into application. What we learnt early on were the idioms, which have a greater necessity to be brought in our thoughts and actions. Simple Idioms, like “Live and Let Live”, “Love trumps all”, “Love is Love”. The acknowledgement begins with awareness, and all we need is to be aware of ourselves to make it a better place for all. 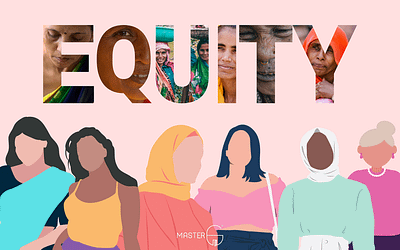 The scenario is worrisome and requires our attention. The normal workday situation does not even consider terms like work-life balance and forget ensuring medical allowance or life insurance. The living condition workers are able to afford, cannot be given the claim of living a ‘life’.
The problem arises when there is a normalisation of such exploitative schemes and oppressive designs by the people themselves. The web of their reasons seems well knitted and un-threadable, their vulnerabilities stitched sturdily to the fabric of their lives. The solution cannot be famished off the song sung of the scenario from those who are the verdict of it.