India has been a country of origination for multitudes of crafts and textiles designing, productions, methodologies and techniques. 29 states and 7 union territories comprise thousands of flairs and a million elegances. The community living in the asian subcontinent has a system in place of passing on the legacy of a specialised set of skills, from one generation to another. These have been carried on without the economic paybacks. Some regions and communities are known by the art they create and the skills they possess. Their family names are attached to the artifacts that’re been constructed for centuries and decades in the national. Why then, do we see a disconnect when it comes to regional and cultural art and national identity?

Joseph Nye came up with a term, to make this exchange of art and culture between the nations, hold power. Soft Power. The concept of soft power forefronts the discussion of culture, media and even political systems. It is a term that significantly projects the state of our international relations.

A 406-Billion-dollar industry can never shy away from being elemental with the concept of Soft Power. The apparel industry constitutes more than 327 million people of our world’s population. It constitutes all that is exportable of our culture, it is what we send off for global consumption.

Keeping the colonial discourse aside, they have been severely discriminated against.

Soft power is made of what we feed the national identity. The local artisans and their skills have been feeding these international images for decades, to no avail. It constructs the primary sector along with our other invidious sector, agriculture. There are complex patterns that resonate with this discriminatory behaviour. First and foremost, governmental exploitation and the concept of soft power.

The urban manufacturing constituting the smallest percentage of our tertiary sector refuses to recognise their importance and give them their due. The fashion industry, rather than being supported by the resources of the nation, exists in spite of it.

The concept of soft power forefronts its significance through discussions of culture, and yet this cultural exchange and export exclusively serves the policy of the foreign states and does not abide the obligation to benefit its native origin.

Soft Power, a concept accepted by the world as the ultimate peace treaty, promised an approach devoid of violent methods and coercion. The sanction was of international domination using only the appeal of cultural export, cross-border media and political values. Yet, “The contemporary hard truth is that a strategic understanding and deployment of soft power methods and instruments has not evolved as quickly or as effectively as that of hard power.” (Simonyi, Kounalakis The Hard truth About Soft Power) The notion took a turn from one befitting and benefitting all, to the one serving political agendas and affluent demands. The discourse became one of consequential international profits than the one incentivising the local culture, apparel and the people.

Not being reciprocal in enhancing the inter-cultural sensitivity of apparel production marks the distinction of function of Soft Power from its positive definition.

It occupies a prejudiced and profiteering space wherein the processes of making, people and the legacies involved have been long forgotten. “…the circulation of culture across borders, known as cultural globalisation, happens especially where there are desirable markets for media or where there are sufficient levels of investment in the arts and in art institutions.” (Soft power Matters) India having the capability of offering the same in the foremost has not been propagated due to its own exploitative patterns. The negative and almost contriving reinforcement of crude traditions and patriarchal set up have restricted all that a liberal arrangement gratified for.

The internal matters too cannot bail out in this discourse of corruption. The patriarchal arrangement has long excluded women from the passing on of legacies of this culture of art and skill. One example of which is the Khaandani Darzi system. Women, given a chance, would have been the agent of change in the matters of international relations and reputability. The hegemony of the system cut the life of the universal of Indian art, by half. We would have been half stronger given the space to grow out of oppressive forms and reach out for equality.

There have been several discourses on the struggles and lack of impetus faced by the designers and local labels. It is the individuals who have awakened to the little to no support given by the government and the part they play in the country’s critical international relations. One of them being Gayatri Jolly, Founder of MasterG, an all-women ecosystem, training in the skill of pattern making, aiming to achieve global standards. They’ve contributed to the nation in multifarious ways. Apart from keeping the soft power tactics of tourism campaigns and its USP’s, they contribute to the economy at large.

If there had been a time machine in the era with no cryptographers, I would have marked the regions by identifying the fabric covering the golden land. The layered and draped textures would speak out their identity and hybridity. Their flow on the bodies and the motifs would tell the story of how we all came into being. It was one of the earliest canvases, it is what they wrote their morality and immorality on. It is what they wrote their beginning and their end on. 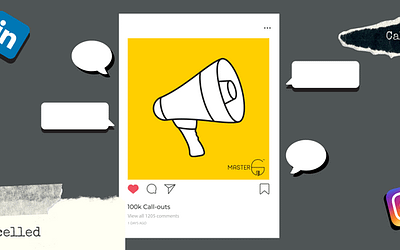