The September 11, 2001 attack in the United States broke the world into two temporal times, pre 9/11 and post 9/11. Affecting the world radically, the attacks had both immediate and long-term impacts, some of which continue to this day. In America not only the Muslim immigrant community but everyone was affected by the surveillance culture about to arrive. This led to the world power, namely America starts a battle against global terrorism.

The year is 2021, the battle is still on, but has taken the whole of the population on earth under suspicion. Next time while walking down a road, or a shopping centre or any public arena for that matter, count the number of surveillance cameras you pass by. You will be shocked to know that there remains little untold about your carefree strolls and purposeful vigils. The world we currently inhabit gradually moved from local culture of surveillance to a global condition of surveillance. Surveillance has become an organizing principle of our lives. We are not being surveilled in a centralized manner but rather in small fragments – as a consumer, as a producer, as a railway user, as a resident, as a worker, student etc. and together this prompts our entire identity being surveilled.

With contemporary surveillance observing our entire populations, surveillance has moved from the ‘punitive’ to ‘preventive’ (Nayar 7). Where once certain individuals were placed under surveillance for having committed crime and sin, the new surveillance monitors the entire population to make sure no one commits any wrong. Hence with the beginning of surveillance culture being linked to vulnerability the shift from a disciplinary society to a society of control can also be traced in tandem with the shifts in contemporary surveillance. Disciplinary society punishes its citizens and constructs social command through various networks and apparatuses such as government, police, prison, military etc. Whereas in a society of control, the society gives the citizens no space to be deviant along with logically trying to convince them to do certain things, the citizens also thus begin to accept the presence of control apparatuses for their welfare.

In terms of ever evolving universal human behavior, it has resulted in a deranged pattern. A person under 24/7 surveillance forgets the virtue of accountability. We as citizens have become more loyal but less accountable for our own actions. The staring glare hollows us to be careful of the outcomes of our action, and fills with a yearning to act unhinged, ofcourse hidden from everyone else. We as a generation are paranoid in each living moment, we live in a constant mode of fear.

First move was when the designers showcased a collection that made people aware in ways conscious and subconscious to them, about this condition of surveillance we live in. The fashion shows were themed, the models wore an expression, and the clothes (the extension of our identity), were shown binding us by appearing into the surveillance. The binding might be governmental or psychological, thus remains a binding.

Second move made the industry shift from sociological solutions to scientific one’s. Textiles and garments are being made with face-like patterns to temper with the algorithms of the devices. The designs increasingly have barcode inspired prints or one’s resembling the pixels on electronic devices. Another invention was called the Jammer coat. It was a garment lined with metallic fabric and full of patterns resembling human body parts. It had the competency to render safety to personal devices from the detectors. This helps individuals and communities fight back the invasion of privacy in a passive manner. It is not an anomaly that there have been protests against governmentality for trying to get control over its citizens. Closer home it was a justice ruling against adhan cards.

Berlin-based artist and technologist Adam Harvey is designing the clothing to confuse face recognition software algorithms. In effect, the clothing “overloads an algorithm with what it wants, oversaturating an area with faces to divert the gaze of the computer vision algorithm,” Harvey told a recent hacking conference in Hamburg. One pattern would reportedly give a computer more than 1,200 possible facial detections.

As we all come to accept that today’s AI always remains one step ahead of us. In the age of surveillance utility fashion has also become our accomplice in hindering the invasion of privacy. The masks that are now mandatory due to spread of coronavirus, were previously a popular way of preventing unnecessary surveillance, especially in south-east asian countries. A Chinese company’s AI, claimed that through technology called thermal imaging, the devices can detect an elevated body temperature and can match a surgical masked face to a revealed one. Algorithms can also identify traits such as “calm” or “kind,” or demographics such as age and gender.

A situation is worse than itself if we allow it to be. We allow ourselves to be part of various structures, networks, apparatuses, databases of surveillance believing the nation to be vulnerable to various dangers and threats. It is between the leeways of these various shifts that surveillance becomes pervasive, including within its ambit everybody and extending into various domains such as technology, recreation, consumerism, etc. The new policies have become the seedbed of fascism leading towards creating a society of control and a police state.

The remarkable capabilities of human senses cannot be matched by technology. This is proving evident in initiatives that render technology adhere to a regular upgrade. Be it through clothing throwing cameras away by displaying nuisance variables or our undeniability to accept oppression, we have the power. These are the creations of human brains, thus the antidote can also be found in them. The first step towards breaking any pattern is being aware of its degeneracy.

What remains in our hands is defiance and it is all it shall take. 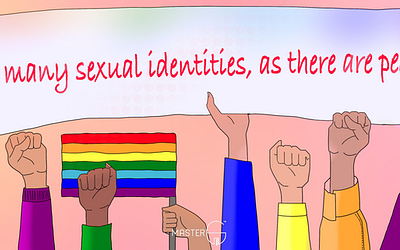